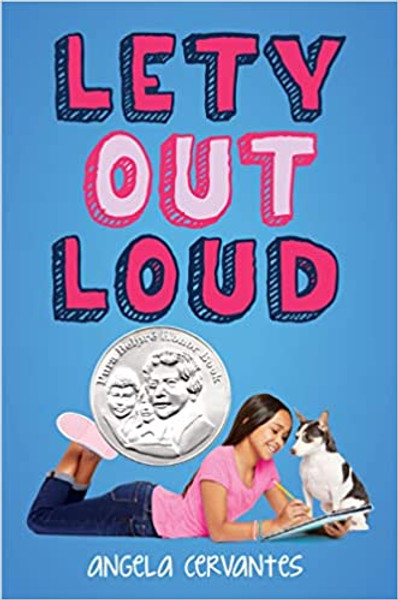 Award-winning author Angela Cervantes returns to the fan favorite animal shelter featured in Gaby, Lost and Found, with a heartfelt novel about friendship and finding your voice.

Can Lety find her voice before it's too late? Lety Muñoz's first language is Spanish, and she likes to take her time putting her words together. She loves volunteering at the Furry Friends Animal Shelter because the dogs and cats there don't care if she can't always find the right word. When the shelter needs a volunteer to write animal profiles, Lety jumps at the chance. But grumpy classmate Hunter also wants to write profiles -- so now they have to work as a team. Hunter's not much of a team player, though. He devises a secret competition to decide who will be the official shelter scribe. Whoever helps get their animals adopted the fastest wins. The loser scoops dog food. Lety reluctantly agrees, but she's worried that if the shelter finds out about the contest, they'll kick her out of the volunteer program. Then she'll never be able to adopt Spike, her favorite dog at the shelter! A Kirkus Reviews Best Book of 2019A New York Public Library Best Book of 2019A 2020 Pura Belpré Honor Award Book

Out of the Easy

Smack Dab in the Middle of Maybe

How To Eat Pizza

How We Got to the Moon: The People, Technology, and Daring Feats of Science Behind Humanity's Greatest Adventure