It's the End of the World as I Know It 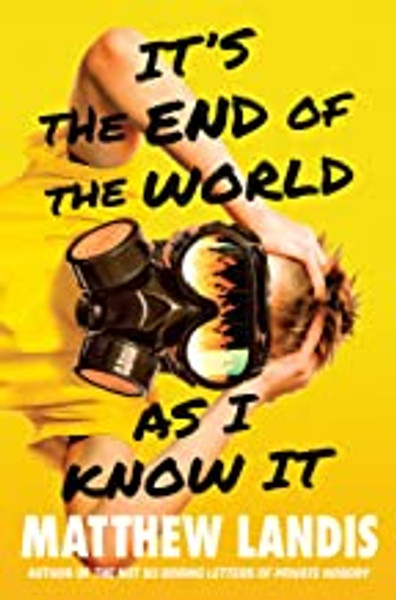 It's the End of the World as I Know It

Derrick is sure that doomsday is coming, and he's prepping to survive--whether his friends believe him or not--in this middle grade novel for readers of Gary Schmidt, Gordon Korman, and Jack Gantos

Ever since his mother was killed in the line of duty in Iraq, Derrick has been absolutely certain that the apocalypse is coming. And he's prepared: he's got plenty of canned goods, he's fully outfitted with HAZMAT suits, and he's building himself a sturdy fallout shelter. When his neighbor Misty insists on helping with the shelter, Derrick doesn't think it's such a good idea. Misty's just had a kidney transplant, and her reaction to her brush with death is the opposite of Derrick's: where Derrick wants to hide, Misty wants to see and do everything. But as confident as Misty is, Derrick's doomsday fears just keep getting worse. And Derrick's promised apocalypse day begins with a very strange disaster, Derrick and Misty have to figure out a way to survive--especially when the end of the world as they know it looks nothing like they expected.

Dazzle Ships: World War I and the Art of Confusion

Summer I Saved World in 65 Days